Schempp-Hirth sailplanes with Turbo Sustainer Engine (by Prof. Oehler) are the technically brilliant realization of a concept that has already been recognized by Wolf Hirth as an alternative to self-launching gliders.

Simple to use and preventing mis-operation, fuss-free design, minimizal additional weight and low maintenance - Schempp-Hirth's Turbo sustainer system has been well established in the market for more than 20 years and has found many friends.

Primarily designed to span areas of weak thermals and avoid landing out, the system vastly expands the possible use of your sailplane. Some examples include the operation after a winch launch, aero tow or even car tow or when entering a wave. This system has also provided the base for many exciting experiences in gliding safaris.

If needed, all sailplanes equipped with a turbo sustainer engine can be transformed into a simple glider in short time.

The SOLO two-cylinder two-stroke engine gets extracted by an electrical spindle drive supported by a gas spring. The unique, noise-optimized multi-blade foldable propeller gets started using the windmill effect: You just pull and then let go of the decompression handle as instructed in the display of the engine control unit.

The engine always runs at full power, eliminating the need for a starter, choke or throttle. A 12 V power source is only required for the spindle drive, the fuel pump and the ILEC multi-function control unit.

When done, just switch it off.

Once you have reached the desired altitude, the engine gets stopped and retracted by slowing down the glider and switching the engine off by a simple click. The new Turbo control unit TB06 (two-seaters) or TB05 (single seaters) performs all action without any further user action. The engine gets retracted, ignoring the propeller position, and the propeller blades just fold-in automatically.

The engine gets extracted and the electrical fuel pump gets activated.

If you forgot to open the fuel cock, you will hear a warning signal and the text "FUEL" will be displayed.

Airspeed should be between 110 and 120 km/h (60 to 65 kt). Unlike a two-blade propeller, the five-blade propeller easily reaches starting rpm even at low airspeed.

3. Let go of the decompression handle

The display will tell you to let go of the decompression handle once sufficient rpm have been reached.

The engine runs at optimal performance. The electrical fuel pump will be switched off automatically after successful engine start.

Switch off ignition.
That's all.

The engine will get powered down and will immediately be retracted to an angle of about 45 degrees. The control unit then waits for the propeller to stop before fully retracting the engine. 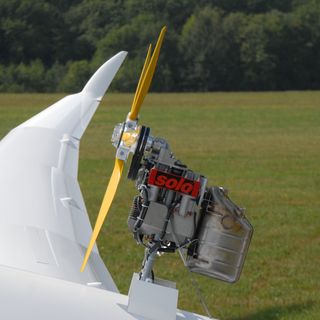 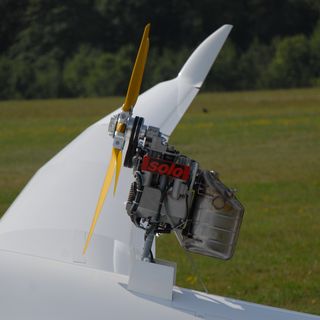 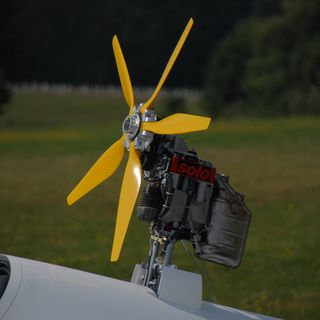 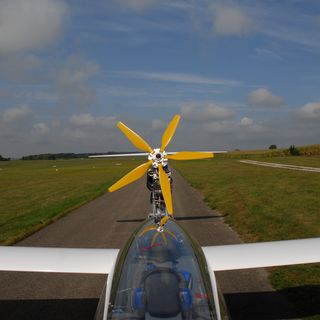 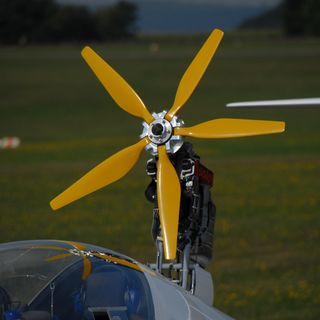 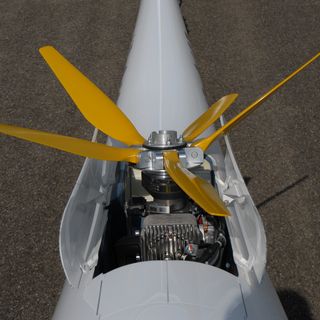 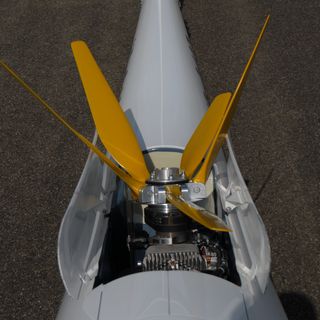 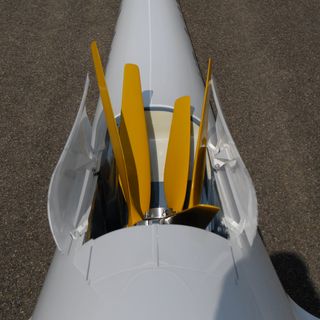 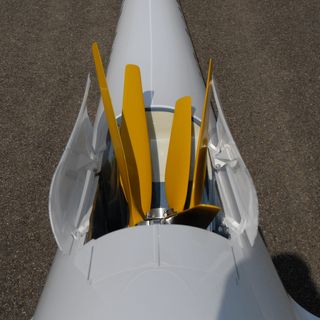 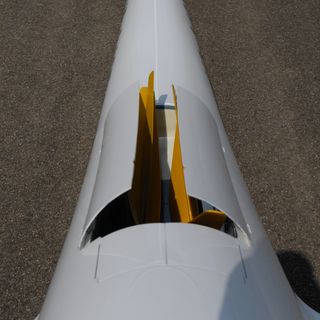